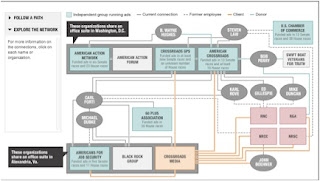 http://www.npr.org/templates/story/story.php?storyId=130845545
Speaking Truth To Power is often invoked when one describes a face-off between a David against a Goliath. 'The Little Guy' for example, facing a Big Government Bureaucrat or a whistle-blower confronting a Big Corporate Fat Cat. It is less often used when the abuser of power is the people themselves. In this case, the power is free speech. The abuse of that power is fomenting fear and civil disorder. Perpetrators may be on the Right and Left sides of the political spectrum. But unlike the hypocrites over at Fox, I don't pretend to be 'fair and balanced' in this analysis because what I see is a nation careening horribly off-center and despite a handful of leftward debaters shouting themselves hoarse, there is a lynch mob rumbling through the country and it is on the Right. Well I have a few things to say to this mob before they swamp the Commons and hang Truth from sea to shining sea.

1. Smell the rope. Break away from your bubble of talk radio and Fox News long enough to look at who is funding all the PACS and Think Tanks. These are the guys who are feeding you the rope. Do you smell that oil? Don't you smell that expensive cologne?
2. Know thyself. Are you a millionaire? Are you a corporate fat cat? Do you really need 'deregulation' and tax breaks for the rich? Are you really a victim of government overreach or the failure of government to protect citizens against Billionaire Ponzi-schemes?
3. Know thy enemy: Worried about the Illuminati and the Bilderbergers? I am more worried about the Koch Brothers and Massey energy. Don't waste your energy stewing about mythical beasts and chimera who may create some comic-book Armageddon, the real enemy wants you to work for next to nothing and kill yourself in unsafe, unregulated  workplaces.
4. Know Reality. The Right Wing mob lives in a parallel universe. Over a third of self-identified Republicans believe that President Obama is a Muslim. Over half of self-identified Republicans believe that our democratically-elected President is working against the best interests of the United States. Almost a quarter of Self-Identified Republicans believe that President Obama is not a U.S. Citizen. Political snake oil is being peddled by the likes of Sarah Palin and Glenn Beck characterizing President Obama as socialist when he is anything but socialist. Rush Limbaugh refers to the President as Imam Hussein Obama.
5. To thine own Self be True: So who is your real enemy? Who is your real friend? What is the source of your anger, discontent and problems anyway? Are you REALLY a victim?
Posted by metanoia2k at 1:31 PM

Hey, thanks, Jeff. Identity politics. Media Matters has a great graphic on the use of identity politics to undermine Obama showing the "He's Not One Of Us" messages and their approximate source. I'll post a link. 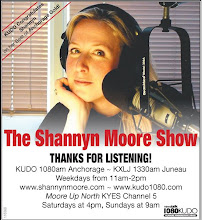